This post originally appeared on Man Repeller and when I read it I knew I had to share. Sometimes the problems seem so big and people so uncaring and indifferent that I feel completely overwhelmed about the idea even bothering to do anything about climate change. This article really helped me see things in a different way. The woman interviewed in this article has been a climate change activist for decades and she’s not tired of fighting the good fight despite so many people not bothering or wanting to listen. Truly an inspiration.

An increasing number of young people are identifying as activists, but to call this a new trend would not only be naive, it would also be a missed opportunity. Older generations offer an important perspective on what it means to be politically and socially active. In an effort to soak up their knowledge, we’re speaking to activists who have been doing this work for decades. We’ve previously learned from 74-year-old Sally Roesch Wagner, 66-year-old Jackie Warren-Moore, 71-year-old Felicia Elizondo and 68-year-old Faith Spotted Eagle. Today, we speak with 67-year-old Nancy Cole.

Though she considers herself more of a “behind-the-scenes type of activist,” there’s no doubt Nancy Cole deserves to stand in the limelight. Cole has spent over 25 years working in outreach and activism with the Union of Concerned Scientists, where she focuses on climate and energy issues. She oversees the group’s campaigns, which hold corporations responsible for climate impact and unite scientists to incite policy change. She’s not afraid to publicly call out companies that are detrimental to the earth and demand better, and while she’s not a scientist herself, she supports them by translating their knowledge to the public.

Cole admits that her job can be frustrating in our current political landscape, with people in power trying to undermine the credibility of climate science despite the research being clear. Her number one piece of advice — essentially, “power through the hard times” — comes as no surprise then. If her decades of campaigning tirelessly for the future of the planet have taught her anything, it’s that none of us has the luxury to quit.

What first sparked your interest in activism?

One thing that was important to my mom and is now important to me is that we all leave the world a better place. I’ve always had a lot of interest in science, but in the ’60s, women were not encouraged in [science, technology, engineering and math]. I grew up on a farm in Illinois, and my small-town high school’s guidance counselor told me girls just didn’t do science. So I wound up being a teacher for my first job.

After I realized I wasn’t going to be a very good teacher, I went to work at the Legal Aid Society, where I was kind of like a paralegal. I really enjoyed that work, and I thought that social change happened through the law, so I decided to go to law school. But three years of law school taught me that that’s not how it works; I realized that social change really comes from activism, citizen engagement and people who care passionately about making things change. That’s where I wanted to be. Law school gave me important skills, really valuable friendships and the self-awareness that I wanted to work in grassroots organizing.

What was your first activist endeavor after law school?

Around 1980, I started at an organization called INFACT [now named Corporate Accountability], which stood for Infant Formula Action Coalition. INFACT ran the Nestlé boycott, which was a campaign to stop infant formula companies from peddling a product in developing countries that they knew could not possibly be used safely there. It was killing hundreds of thousands of babies every year. I thought that transnational corporations really got away with murder, and they weren’t being held accountable for what they were doing. We had a successful conclusion to that campaign — it resulted in the first International Code of Marketing of Breast-Milk Substitutes through the United Nations’ World Health Organization.

I became the executive director of INFACT, and our next campaign focused on companies that were making nuclear weapons. That was in the early to mid-’80s, when we were really worried about nuclear war. We thought we could try to reduce the influence of the big nuclear weapon makers, focusing on General Electric. I worked on that campaign for several years.

How did you transition from corporate accountability activism to climate activism?

I decided I wanted to be a parent and needed a different style of organizing, so I got a job at the Union of Concerned Scientists (UCS) in 1992. It was perfect for me to work on issues at the intersection of science and policy because I could work with scientists and bring my skills as an organizer and activist to this arena. UCS helps [scientists] take this complicated stuff and communicate it to the public. One of the contributions we’ve made in the world is helping scientists find their voice and speak it powerfully.

What is the biggest challenge you face in climate activism?

I’ve been working on the climate issue for what seems like forever, and it is just beyond frustrating to see where we are today. If we, as a country, had taken steps just a few decades ago to reduce our carbon emissions, we might not be seeing storms like Hurricane Harvey. We would not be seeing sea level rise ravaging our cities. We would not be seeing climate migrants around the world. That’s one of the most challenging parts — figuring out how to keep going and how to keep being creative enough to find new strategies. We have to tap into what we think might move the public to care about climate and energy issues. In the face of the terrible political climate we’re in today, it’s really a challenge.

END_OF_DOCUMENT_TOKEN_TO_BE_REPLACED 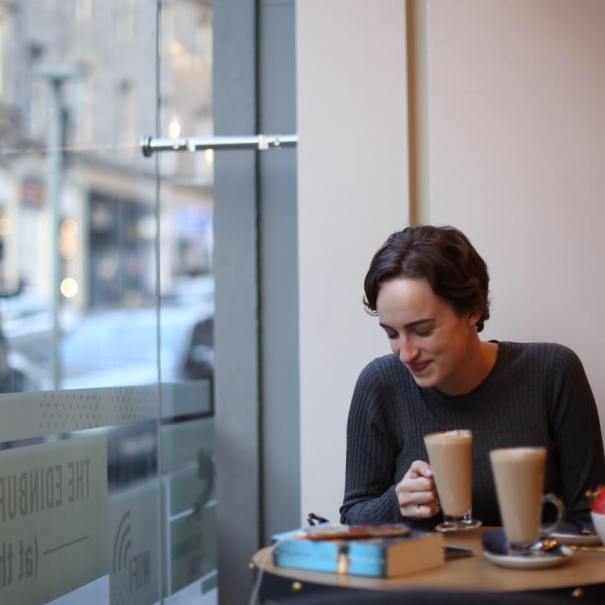